Cetec present at the first sustainable airport in the country 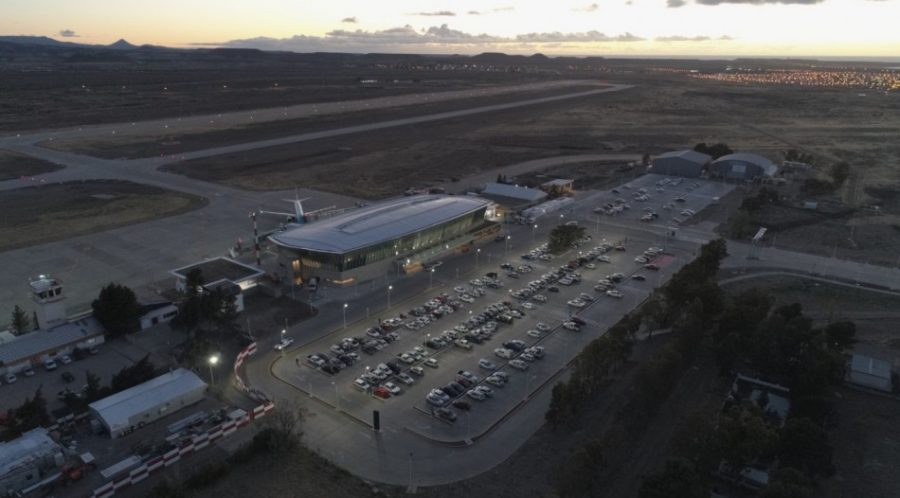 Written by GerardoCetec on June 15, 2019 in Institutional News

Aeropuertos Argentina 2000 inaugurated in Comodoro Rivadavia the first sustainable terminal in the country. The Patagonian airport is the only one in the country that has a LEED-certified terminal (Leadership in Energy and Environmental Design) that guarantees sustainable construction processes and high performance.

At the inauguration were the Minister of Transportation of the Nation, Guillermo Dietrich, and the president of Aeropuertos Argentina 2000, Martín Eurnekian.

The work presents new halls of arrivals and departures, a gastronomic sector and another of embarkation with two new doors and sleeves, among other important improvements and modernizations. The new terminal now has a total area of ​​8,400m2 consisting of: subsoil, ground floor, first floor, hall and technical building.

In addition, 514 square meters of annex buildings with portico of access and fixed post. Work is also underway on the total renovation of the runway, the taxiways, the commercial platform and the beacon system.

The works in the terminal generated 460 direct and 1,150 indirect jobs, boost the growth of regional economies and improve the experience of tourists visiting the province. In 2018 more than 680,000 people passed through Comodoro Rivadavia.

During the construction, motor-compressors with hammer of the rental fleet of Cetec Sudamericana SA were used.

During stage 1, work was carried out in the new hall of games, in which 10 new check-in counters were enabled. Then in stage 2, which opens today, two more were added and the gastronomy sector was renewed and a new Arrivals Hall was incorporated with two new luggage tapes.

On the upper floor, part of the new Pre Embarque sector was put into operation with an area of ​​1,000m² with two doors and a new hose that facilitated the access of passengers to aircraft in an area where low temperatures and high temperatures predominate. gusts of wind.

As part of that first stage, the new technical building and a control post for access to the platform were also built, which increased the operational safety of the airport.

In the second stage, the old terminal was demolished to make way for the final expansion of the airport. These works included the extension of the Public Hall on the Ground Floor, with new access and new commercial premises, increasing the range of services.

In addition, a baggage compartment was built with a new luggage strap and a new control section of Customs, Migrations and Senasa was incorporated, with their respective operational offices. 520m² was added to the boarding room, completing a total of four doors, which now allows simultaneous handling of cabotage and international flights.

The works did not affect the operations, and were guaranteed during all interventions. Soon it will begin with the work of the Control Tower, which will be extended for approximately 1 year and four months.

The terminal was conceived as sustainable from the start, with five axes: the site, the consumption of water and the use of energy, the selection of materials and resources, and the care of the internal environmental quality.

The inclusion of vegetation on the roof not only minimizes heat absorption, but also restores native conditions by offering new areas.

Industry demand for reliable energy will keep on growing worldwide and CETEC has a wide experience in the development of generator sets, compressors and pneumatic tools.